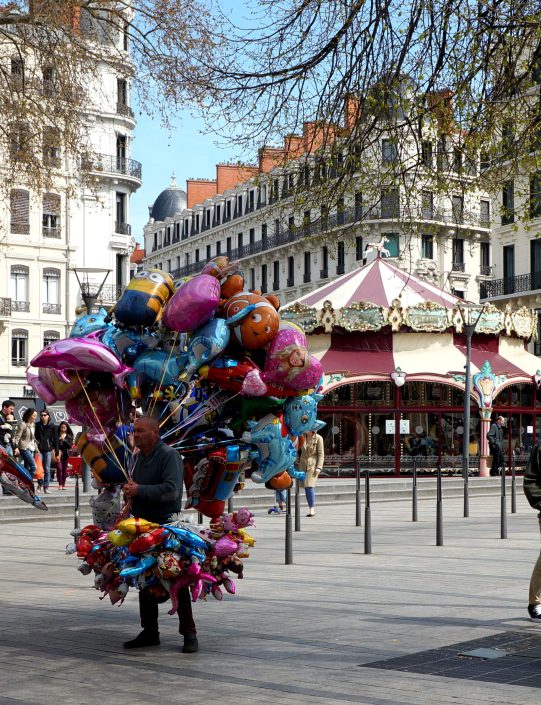 An endless line up of top-notch produits regionelle make Lyon an indulgent escape. It’s the gastronomic capital of France, so stop by the seriously mouthwatering Les Halles de Lyon where, hungry or not, you’ll want to have a gourmet lunch of quenelles or oysters or some local cheese and a Rosette de Lyon sausage for a picnic. After, stop at any shop for the sweet, bright red almond praline that you’ll see in every window. The croquant de amandes is delicious and the brioche sells like hot cakes.

Despite being probably the most touristy place in the city, you can’t go to Lyon without a stop at a bouchon in Vieux Lyon. Rue Saint Jean is the place to be. You’ll find the same “Lyonnaise Menu” for about 15 euros at just about every restaurant, so take a stroll until you find the place you like best. We stopped at Les Paves de Saint Jean,where the magret de canard with honey and citrus sauce was amazing.  Don’t be alarmed of you are seated at a table with another couple or the decor is absolutely hideous…that’s the bouchon’s charm. And, save room for a crepe made by the sweetest monsieur on the street. 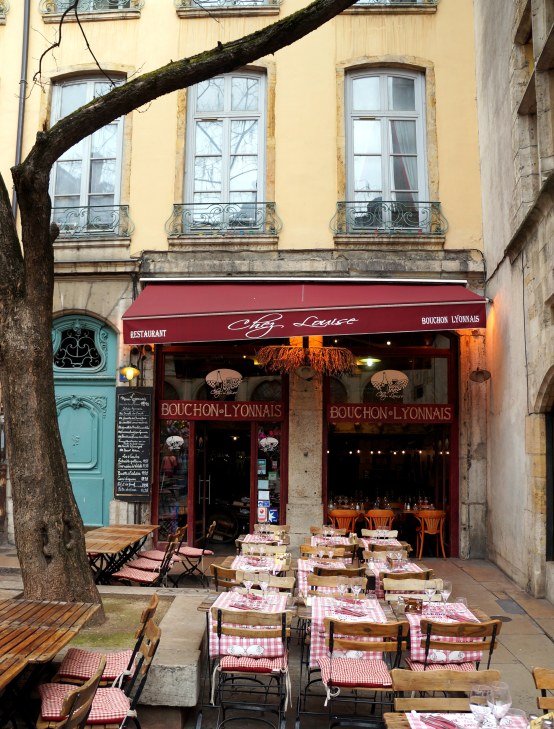 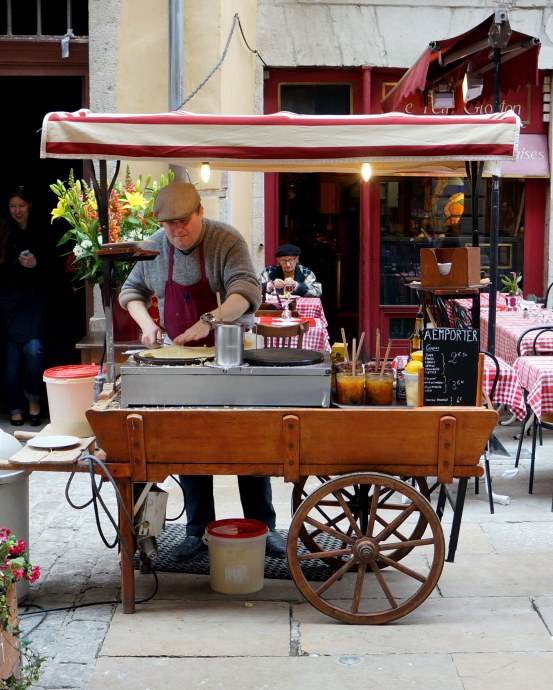 For a relaxing retreat head to the Roman Theatre. Tucked in the hills about the city, the funicular drops you off just in front. It’s the perfect spot to enjoy a picnic or a moment of peace. When you’re finished the Basilica is just up the street. Despite being overwhelmed with tourists it’s still a must see with the neo-baroque byzantine interior and the breathtaking views of the city. 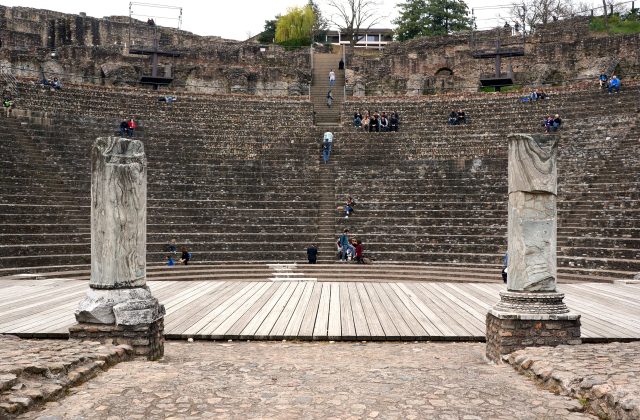 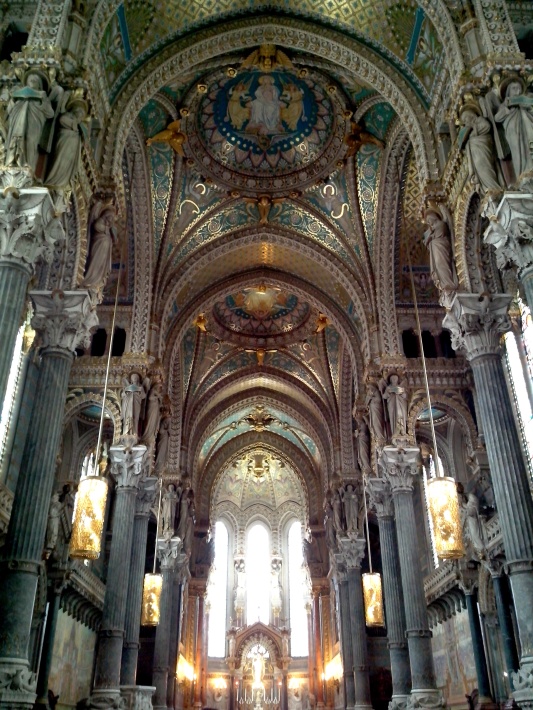 There  is something about getting lost in a city, so go to Lyon to discover the corners and details instead of rushing from one sight to another. Take advantage of Lyon’s easy public transport (subway, tram, and busses) and find your own Lyon. If you’re out for the evening the Liberte Soiree Pass is a deal offering unlimited travel after 7pm for 2.80 euros, and for a day in the city the day pass can’t be beat at 5.20 euros. Add Lyon to your list!

I'm Dianne! From Michigan to France, with lots of stops in between, join me as I share my adventures and tips!

All photos by A Beautiful Journey unless otherwise noted. I hope you enjoy them, but if you decide to use them please give credit and a linkback to A Beautiful Journey. Thanks!
Loading Comments...
Comment
×
%d bloggers like this: